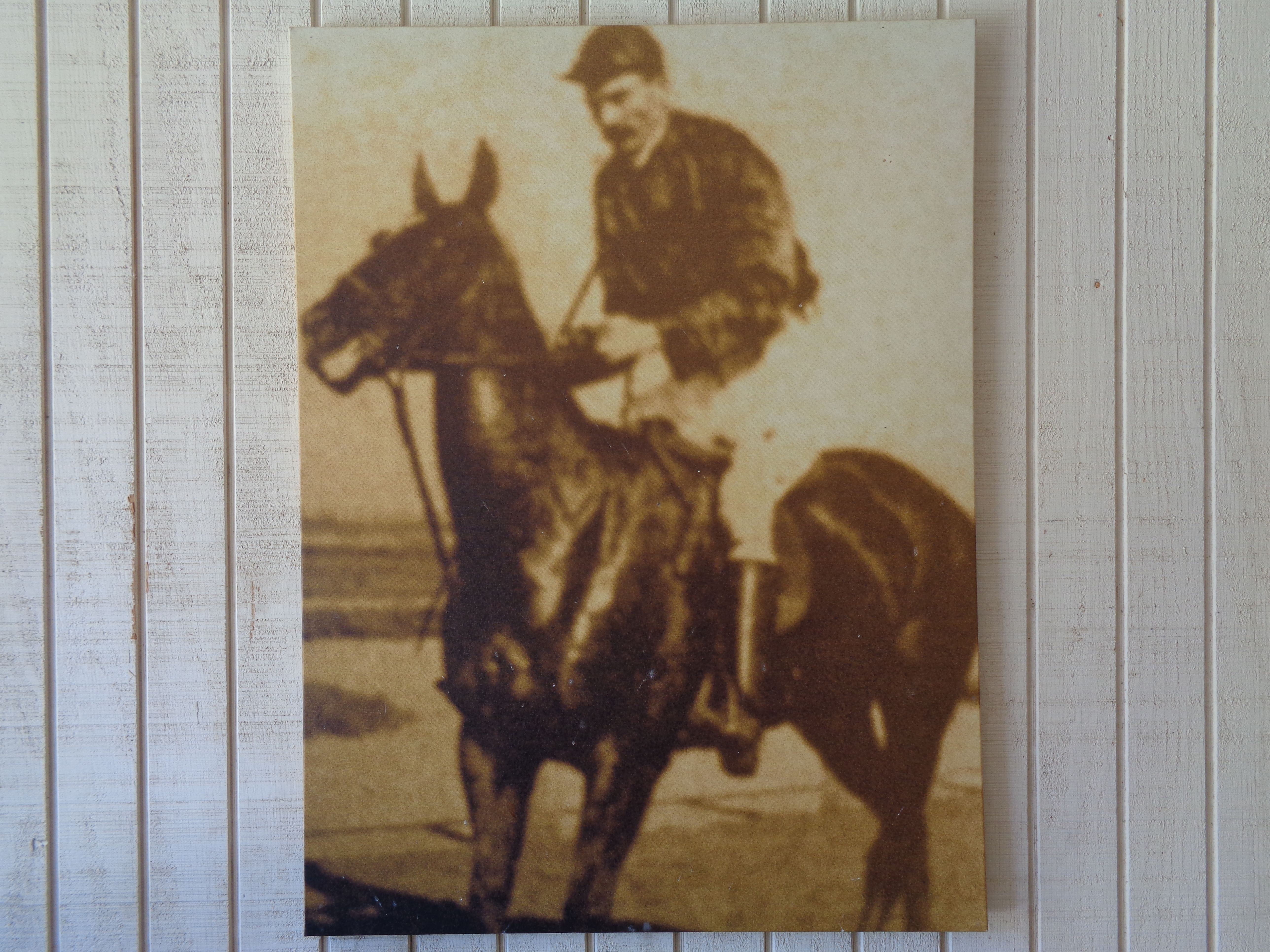 DICK:  "These pictures were all taken circa 1910 through 1950 by my grandmother on her box Brownie. She developed all these pictures and I was lucky enough to find the negatives and started going through and saving them.  This first one was probably the poorest-saved negative, but it’s a great picture.  It’s my great uncle Ernesto Wickenden - the namesake of the vineyard of our Chenin Blanc.  He was a polo player - probably one of the greatest that ever came out of America.  He was a ten-goaler which was like being a baseball player that hits .500." 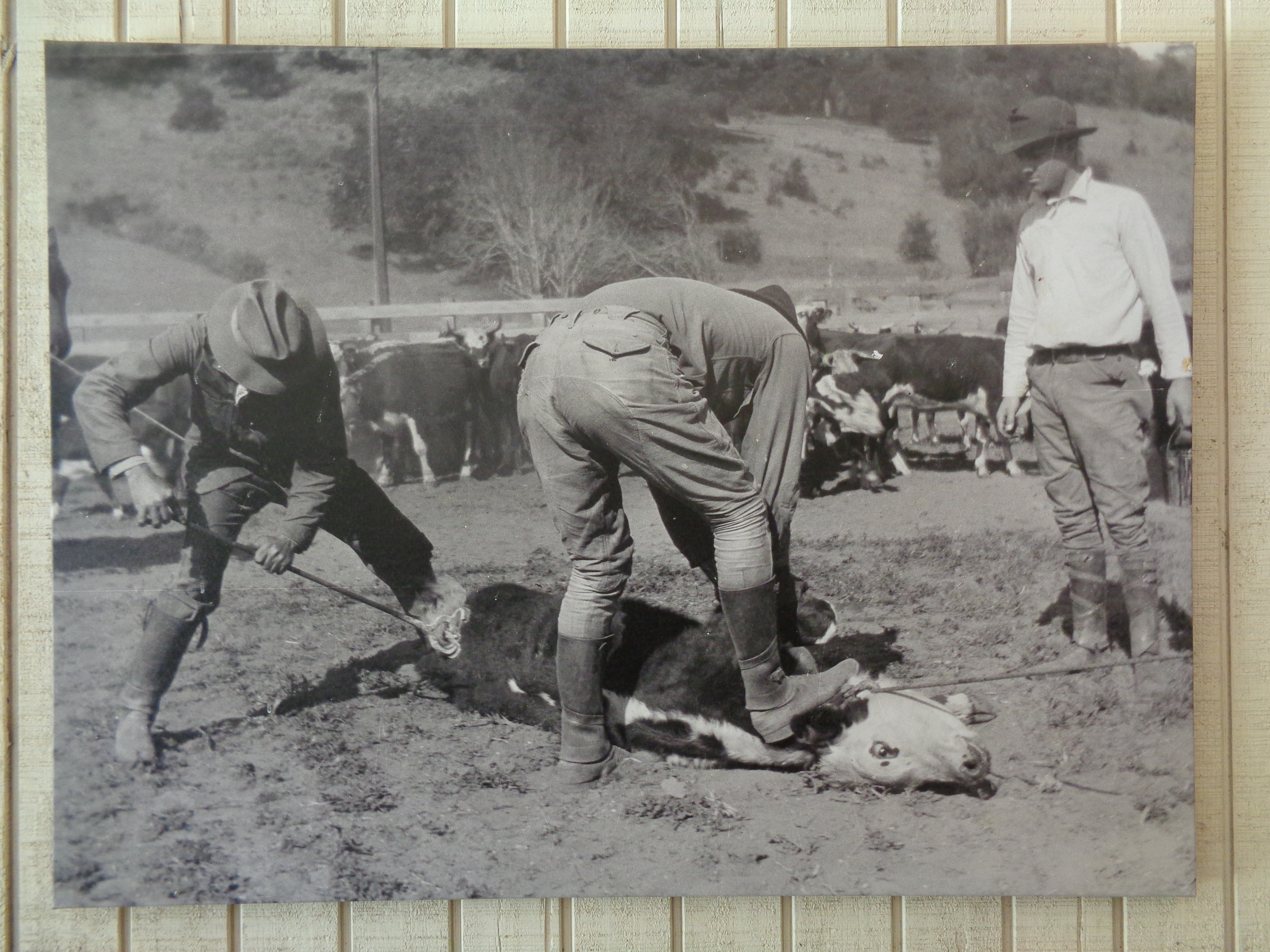 "As I grew up here on the ranch in the late forties-early fifties, this is the way we used to handle our cattle.  They were all roped and taken down, branded and earmarked and that was the procedure.  This particular photo has my grandfather branding and one of the old veterinarians here who would come out and vaccinate the cattle when they were incapacitated like this.  It’s very synonymous with the early days of California ranching." 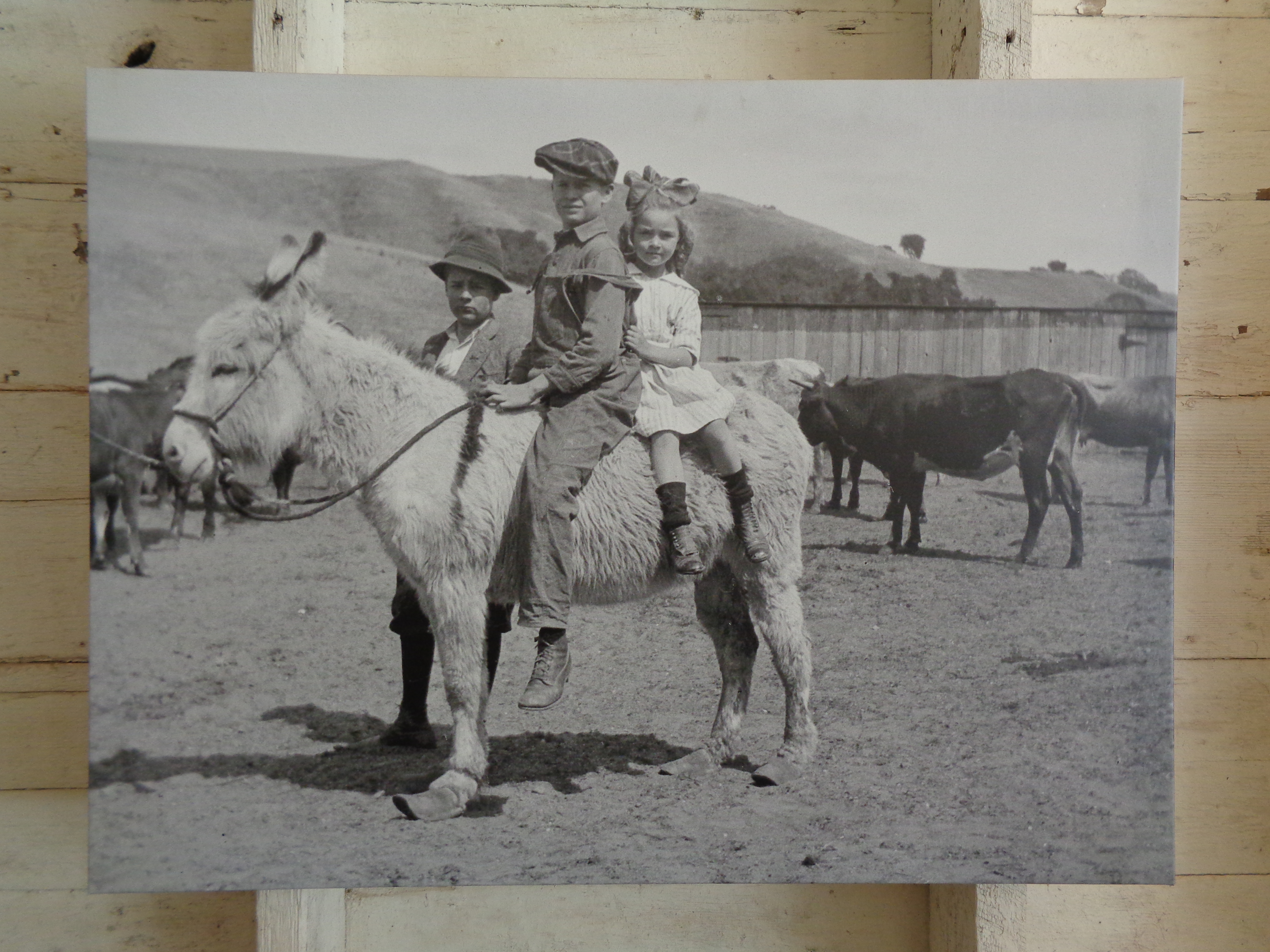 "This crazy little photo here is of my mother Margery and my uncle Winston on a pet donkey that used to be here that obviously needed a pedicure.  The fellow behind was Salitelle Gonzalez, who worked here for fifty years.  He came here when he was fourteen and quit working when he was sixty five." 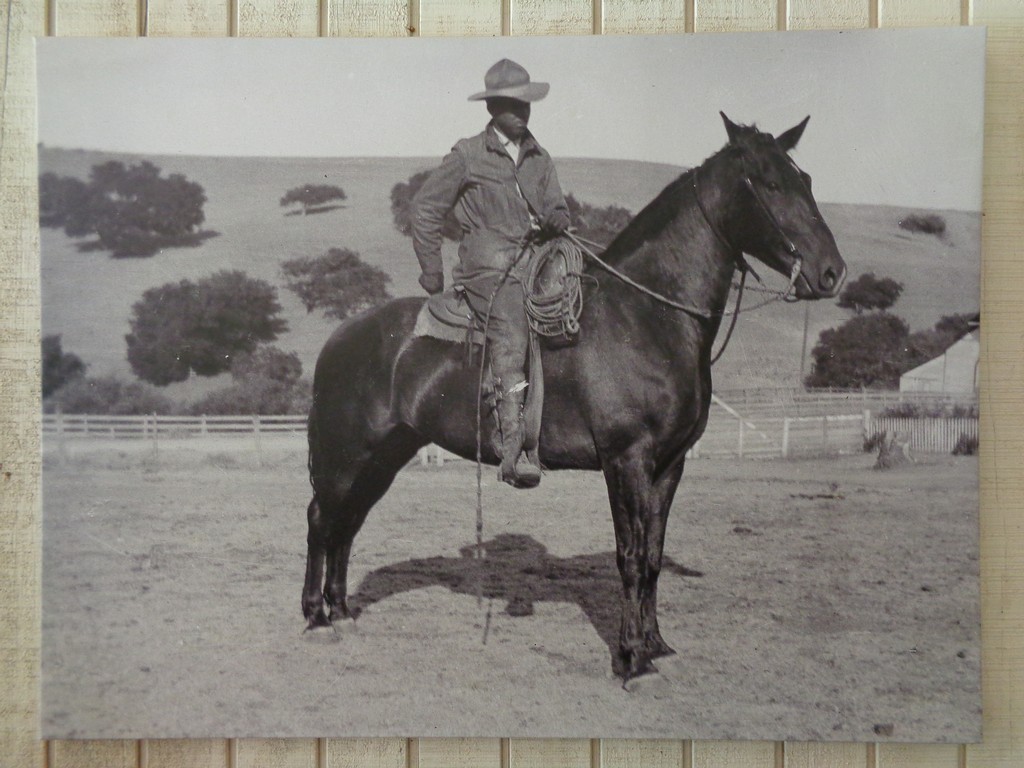 "My grandfather John Richard Wickenden on his horse, Cyclone, taken down the road a little bit on the hill.  He was quite a rancher and ran a lot of cattle here for almost forty years.   He was really quite a horseman." 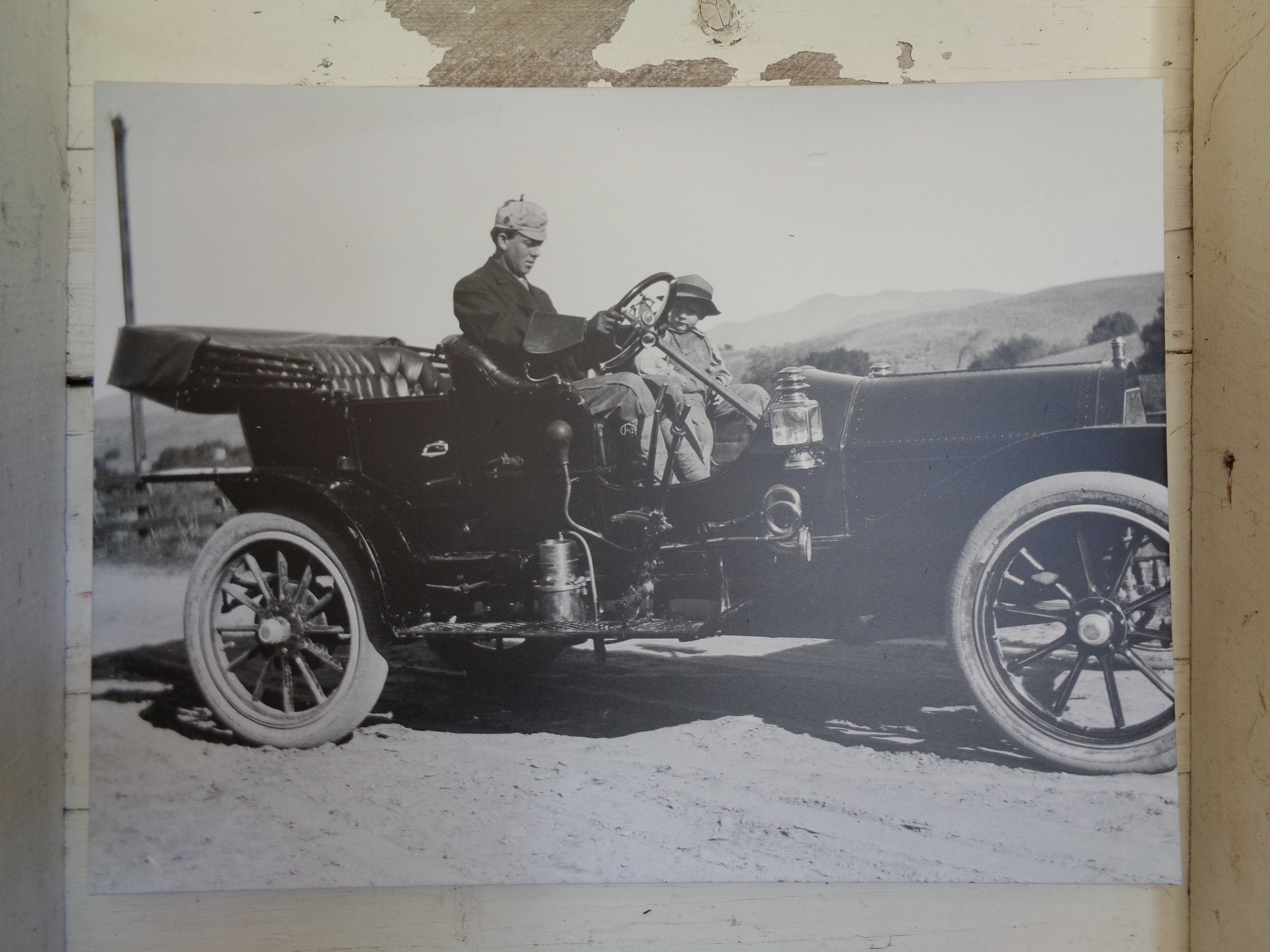 "This last picture is my grandfather again and my mother and uncle are in the front seat.  My grandpa was very proud of his first Cadillac that he bought in 1910.  He liked to show it off. In fact, the metal building next to the shack he built particularly because he was afraid of fire with these new fandangled cars that were coming out and he wanted a building next to the road that wouldn’t burn.  So he built that tin garage and kept the Caddy in there. He used to drive that car every year during football season all the way up to Berkeley to watch Cal play football - a fourteen hour drive."

"So that’s the story of the pictures around here.  I’ve got a bunch of other ones too that I’m planning to incorporate also.  It’s amazing to see the quality that can be maintained for pictures that were taken 105 years ago."