Foxen is named in memory of William Benjamin Foxen, an English sea captain and our co-founder Dick Doré's great-great-grandfather, who came to Santa Barbara in the early 1800s. In 1837 ths Santa Barbara County pioneer purchased Rancho Tinaquaic, a Mexican land grant that originally totaled nearly 9,000 acres and comprised most of what is now known as Foxen Canyon. Captain Foxen adopted the distinctice "anchor" as his ranch cattle brand, and the winery has adopted it as our trademarked brand. It is very fitting that Foxen has made its home on the 2,000-acre Rancho Tinaquaic, which remains in family hands.

Foxen's first vintage was in 1985, made in the old blacksmith shop on the ranch. This building, now known fondly as "The Shack", and the accompanying barn were Foxen's winery and tasting room for over 20 years. With the completion of Foxen's solar-powered winery and tasting room in 2009, the historic and beloved "Shack" was renamed foxen 7200, where we feature our Bordeaux and Italian varieties under a brand of the same name. Our Burgundy, Rhône, and Loire varieties are showcased in the solar-powered FOXEN tasting room just down the road.

Our co-founders Billy and Dick, the "Foxen Boys", invite you to visit Foxen to taste our wines and experience the bucolic setting of Foxen Canyon and Rancho Tinaquaic. Once here, you'll understand why many say, "If you don't know Foxen, you don't know Dick...or Bill!" 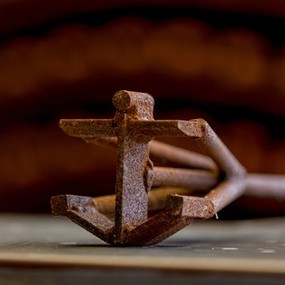 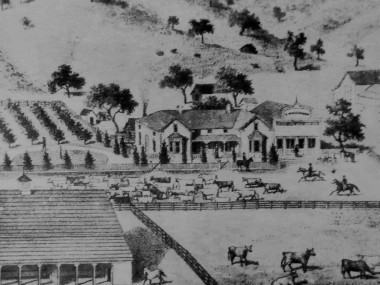 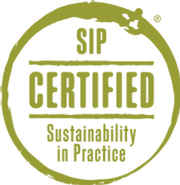 Foxen's iconic anchor is steeped in the history of California and Santa Barbara County.

Our original winery and tasting room were once used as a horse stable and blacksmith shop on the 9,000-acre Rancho Tinaquaic.

Foxen's responsibility to the environment is one of our founding pillars.